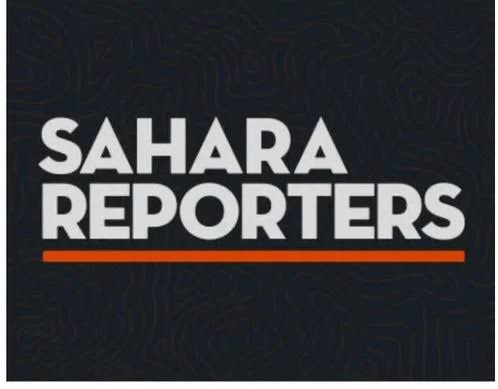 The Conference of Civil Society Organisations for Peace, Security and National Development has criticised the continuous stand of an online news portal, Sahara Reporters to ridicule the efforts of men and officers of the Nigerian Army who are in the battle field to end the Book Haram scourge in the north east region.

The CSOs in a statement signed by its conveners, Mike Msuaan and Comr. Adamu Kabir Matazu reacting to a video clip published by the news portal alleging that the Army was overpowered by the insurgent in the war front maintained that the current global challenge occasioned by the dreadful corona virus ought to ignited humanity in the management of the news portal explaining that their actions were not only unpatriotic but barbaric.

The news portal had alleged that by the admission of the Theatre Commander of Operation Lafia Dole that over 100 RPG’s and Mortars were fired by Boko Haram Terrorists showed that they possessed more superior weapons than the Army.

But the CSOs argued that the news portal and its co-travellers failed to acknowledge the gallantry of the Army that over powered the terrorists that engaged them with sophisticated weapons but was rather quick to insinuate that the men and officers were weak and incapable of taking on Boko Haram Terrorists.

“The action of the news portal smacks of professionalism and patriotism. It is sad that any sane human being would at a time when the world is literally shorting down as a result corona virus that is ravaging would decide to take side with terrorists to demoralise the troops.

“A cursory review of the video will reveal that the Theatre Commander was encouraging an officer who was becoming demoralised as a result of the attacks, but the news portal rather reported that the men and officers were weak and running away from the battle field. We find this deliberate mischief disturbing and should be condemned by all well meaning citizens.

“In a war situation, there must be casualties and we are not oblivious of this fact. However, misrepresenting facts deliberately to demoralised the troops and emboldened the terrorists is to say the least unfortunate and condemnable”, the statement noted.

The CSOs also urged the Chief of Army Staff never to allow himself to be distracted by those who have elected cause mayhem and work for the disintegration of the country.