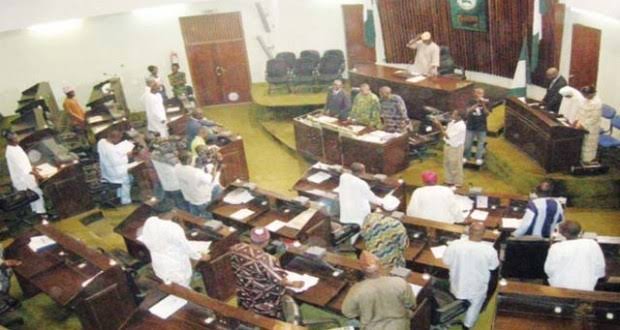 A political activist and pro-democracy crusader, Ambassador Pascal Ogbonna Oluchukwu, has called on members of the Ebonyi State House of Assembly to always stand for and encourage what is right in it’s dealings with the government and people of the state.

Ambassador Pascal made the call in a statement made available to newsmen on Sunday in Abuja, after he alleged that the Ebonyi State House of Assembly was being intimidated to dance to the tunes of the Ebonyi state government.

The outspoken activist wondered why a state legislature will pass state budget without due diligence, adding that the idea of quick passage of law in favour of some interests in the state without thorough deliberation by the House of Assembly members can not serve the people of Ebonyi right.

While urging the state lawmakers to put general interest of the state at heart, Pascal also lamented the lack of autonomy for the lawmakers.

He faulted the idea of State House of Assemblies depending on the executive even for every kobo saying it gives the governor too much control over the lawmakers.

He said the state legislature has been compromised and emasculated, “which turned them into mere rubber stamp in the hands of the executive. As the legislature becomes subservient, it also becomes redundant and of little significance in the eyes of the citizens.

Unfortunately, however, Pascal said “the case is different in Ebonyi, as the House of Assembly only ply their trades around where the executive domicile. They have all been compromised and have left the interest of the wonderful people of Ebonyi in Limbo. Democracy seems to have lost its core values in just a very short time in Ebonyi.

“Debates and disagreements are the core of any true democracy. But justice has continued to lose over politics in the state and the value of truth has been so diminished.

“Those in current government only find value in what they want the people to believe. It is such a pity that this is where we find ourselves. It’s a Shame. I urge the State House of Assembly to carry out their duties with integrity. They were elected to serve the people and not compromise their offices in favour of the executive,” the statement stated.