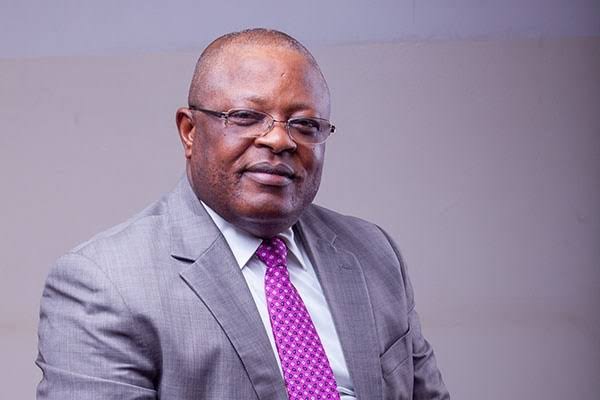 The Association of Ebonyi State Indigenes in Diaspora (AESID) has asked governor Dave Umahi, to recruit young men and women into the state’s civil service, saying politics is not a vocation.

The association, however commended the governor for recently sack of his over 1000 political aides in the state.

In a statement signed on Thursday by the AESID’s President Ambassador Paschal Oluchukwu, also expressed satisfaction with the state government’s decision to share the COVID-19 palliatives to Ebonyians after three months.

“We commend the decision of the Governor to sack his Executive, Special and Technical Assistants who he acknowledged have been grossly inefficient in the discharge of their duties since their appointments.

“However, we urge him (the governor) to immediately recruit youths into the state’s civil service as he has not recruited any single soul into the system since his emergence in 2015. Because it is our believe that politics is not a vocation, we rather urge the governor to provide skilled employment opportunities for our teeming youths to teach them how to fish rather than just hand over pieces of fish to them.

“For us, it is very heart-warming that the State government has after months of delays and obstinate procrastinations, finally decided to share the COVID-19 palliatives to Ebonyians.

“We must therefore caution that these items must get to the government’s targeted benefactors which are poorest of the poor in our extremely poor State. It should not be hijacked by some political hawks wearing the toga of ‘Honourable’ in the various communities comprising our dear State.”

The association expressed displeasure over actions and inactions of certain principal officers of the state government for manipulating justice system against poor citizens in the state.

“On the other hand, we are also deeply saddened by the notorious and nefarious activities of some of those manning the hallowed temple of justice in our beloved State. We are reliably informed for instance, that despite AESID’s laudable call for immediate release of an Ebonyian, Engr. Stephen Oken who was recently arrested, detained by security agencies obviously working on the firm instructions of the state government for merely baring his mind on the plights of some displaced Ezza indigenes following the construction of the State’s airport project, he was later ‘dumped’ in prison and literally denied bail.

“A reliable source had stated very ostensibly that an appointee of the governor, had curiously demanded for a ‘book shelf’ for his office use to sign the bail bond of the said accused person before he was released from the Correctional Service Centre in Afikpo where he had been ‘dumped’ and abandoned for weeks on frivolous charges. This organization is miffed by this ugly development in our justice system as we may not know how many poor Ebonyians must have been denied justice due to the actions and inactions of certain principal officers of the state government. We hereby call on the Governor to thoroughly investigate this allegation and bring those culpable to book.”

The association also commended the leadership of the Department of State Security Service for its diligent and disciplinary action which led to the removal of the former director of DSS in Ebonyi following the outcome of investigations on a petition filed against him by a Business mogul and the Executive Director, Economic Strategic Growth and Development Initiative of Africa (ESGADIA) Maazi Obinna Agommuo.

“We wish to call on its men to be more circumspect and thorough by not allowing itself to be used as a pawn in the Chess board of some political actors and shenanigans in the state which we have keenly observed to be the case, particularly in our dear Ebonyi state.

“The falling of the dried leaves should ordinarily serve as a warning to the green ones and we believe the new Director who has since been posted to Ebonyi to replace the former would not tow the path of his predecessor.”