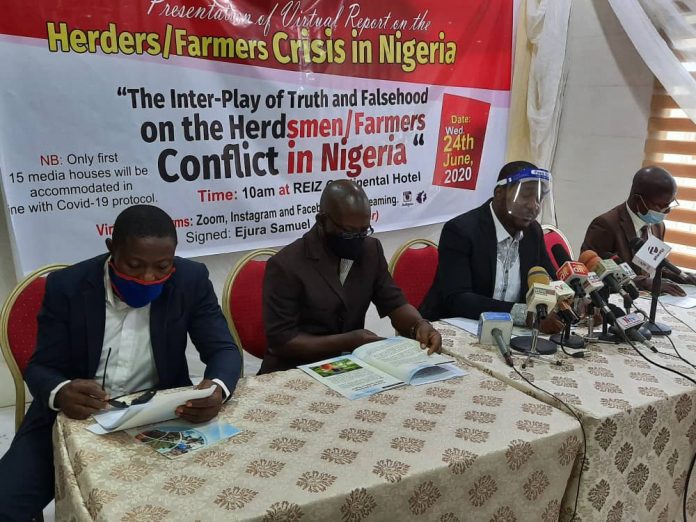 A report by the Centre for Social Justice, Equity and Transparency (CESJET) has hailed the Federal Government and Nigerian Army for halting the age-long farmers-herders crisis ravaging parts of the country.

The well-documented report detailed how President Muhammadu Buhari and the Army miraculously restored peace to warring communities to end the perennial clashes.

Barely a month after being sworn-in,  President Buhari, in June 2015, constituted a Strategic Action Committee to look into herders-farmers crisis and make recommendations that would address it.

Without this intervention, the centre reckoned that perhaps the nation would have ultimately slid into chaos along religious and ethnic lines which would have in turn had a toll on the economy.

According to the report, from all available indices, no Nigerian community is under occupation by herdsmen even though the herders-farmers conflict has become more significant in recent times.

“Although the government had in the past taken some measures to address this phenomenon, the increasing desertification and the effects of climate change have further increased the drive for the herdsmen to move further south in search of grazing land and pasture for their livestock,” the report said.

“These southward movements always pitch them against farmers and the host community whose crops are regularly invaded and destroyed by the cattle during this seasonal movement. The result of this is increased conflict, death, displacement and the destruction of properties. However, because the phenomenon is a human security issue, there is a need for a concerted effort at state, national, regional and international levels to address the challenges, especially since there is no specific legislation that is dedicated to addressing the peculiar needs of herders and farmers in the country.”

Among others, the report, however, urged the FG to deploy more security personnel in “affected areas; ensure they are better equipped; improve local ties to gather better intelligence, and respond speedily to early warnings and distress calls”.

It further called for the freezing of enforcement and reform of state anti-grazing legislation as well as heightened herder-farmer dialogues.

“It should also help herders become ranchers, including by developing pilot or demonstration ranches, and conducting education programs for herders uneasy about making the transition.”