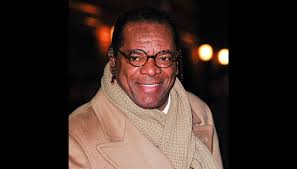 Popular Hollywood Actor and Comedian, John Witherspoon who died at 77 on Wednesday, October 30, 2019,  has been buried on Tuesday, in Los Angeles.

His family announced his death on Wednesday, October 30, 2019. According to a statement by the  family, the actor died in his hometown, Sherman Oaks.

“It is with the deepest sorrow that we can confirm our beloved husband and father, John Witherspoon, one of the hardest working men in show business, died today at his home in Sherman Oaks at the age of 77,” the statement reads.

According to TMZ, David Letterman was among those who eulogised the comedian and actor. He went to share how he had a personal relationship with John from back in the days during their pursuit to break into the comedy business.

Ice Cube on his own expressed how deeply he loved and enjoyed being around John Witherspoon for a long time. Regina King who was absent during sent in a video message which was played during the service.