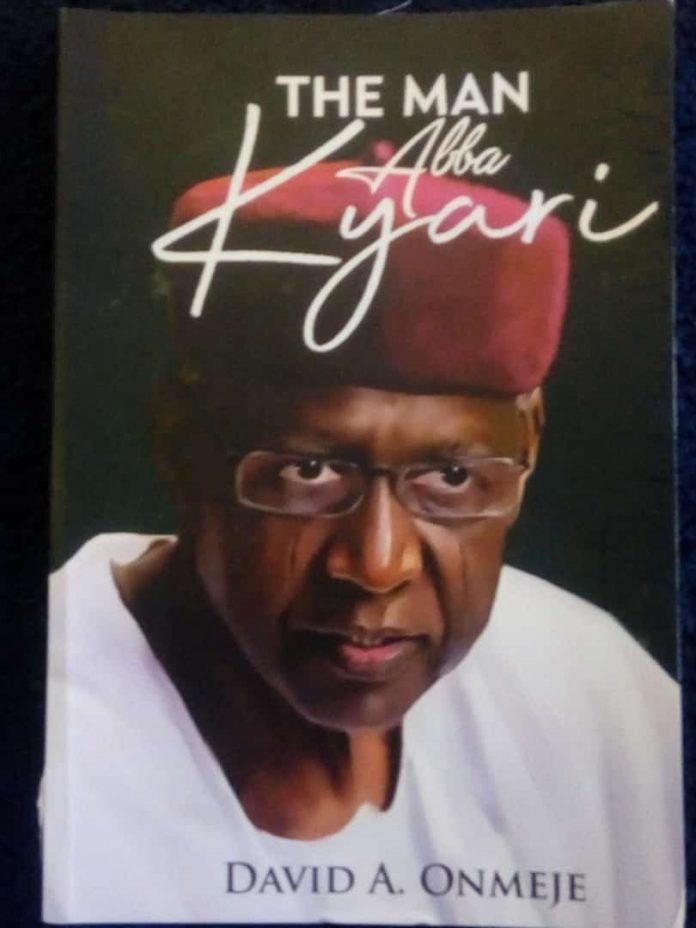 Dignitaries from all works of life converged on Abuja today to extol the virtues of the late Chief of Staff to President Muhammadu Buhari, Abba Kyari months after his demise.

The Governor of Borno State, Professor Babagana Zulum  said the late Abba Kyari was not controversial as perceived.

This is just as the Comptroller General of Customs, Col. Hameed Ali (Rtd) said the former Chief of Staff was controversial and misunderstood.

Recall that Abba Kyari died of COVID-19 complications and was buried at Gudu Cemetery, Abuja in April.

Speaking in Abuja during the public presentation of a book titled: ‘The Man Abba Kyari’, written by Engr David Onmeje, the Group Managing Director, GMD of the Nigerian News Group, Col. Ali claimed that the late Chief-of-Staff was controversial and misunderstood by many because of his integrity and insistence on the norm.

He said, “Anyone that undertakes the challenge of passing through the road of credibility, honesty, and integrity will end up being the most controversial and misunderstood person, and that is what Mallam Abba Kyari was.

“And when he found himself in government, it was rough, in the sense that when he choose to say ‘yes’ to the left and ‘no’ to the right, the chances were that he had a lot of controversies and enemies.

“Mallam Abba, whom I knew closely for 22 years, was someone who does not hold back his views. He was ready to take up a fight when you decide to deviate from the norms. He doesn’t take ‘No’ for an answer.

“The issue with regards to controversy is normal, some of us are into it and will continue to be in it. Some of us are being hated, but we would continue to do what we believe in. That was exactly what Abba did until his death.”

Meanwhile, the Governor of Borno, Babagana Zulum, said the late Abba Kyari was not a controversial man, instead, he discharged his duties to President Buhari with dedication and loyalty.

The Governor who was represented by his Chief-of-Staff,  Professor Isah Hussein the said, “Abba Kyari was a typical technocrat. He excelled in all the disciplines or organizations he found himself. He was a people’s person.

“Abba Kyari, some have said, was a controversial person. He was not. He was just doing his job. To be a chief-of-staff you must have certain qualities. Abba had all of those. One of them is dedicated to his job. But most importantly, is loyalty to your boss, and it must be total.

“People tried to get to Mr. President or had their own agenda found that Abba Kyari was always there. They could not bend him. That’s why a lot of people say  he was controversial. He was just doing his job.”

Reviewing the book, Prof. Udenta Udenta, said the book portrayed Kyari’s character and its contradictory assessment by the people.

“The book would open a floodgate of commentaries, and accounting about the life and times of this very complex individual (Abba Kyari),” he said.

The author of the book, David Onmeje described the late Chief-of-Staff as a patriot and committed public servant who was widely respected for his loyalty and commitment to the goals and aspirations of President Buhari