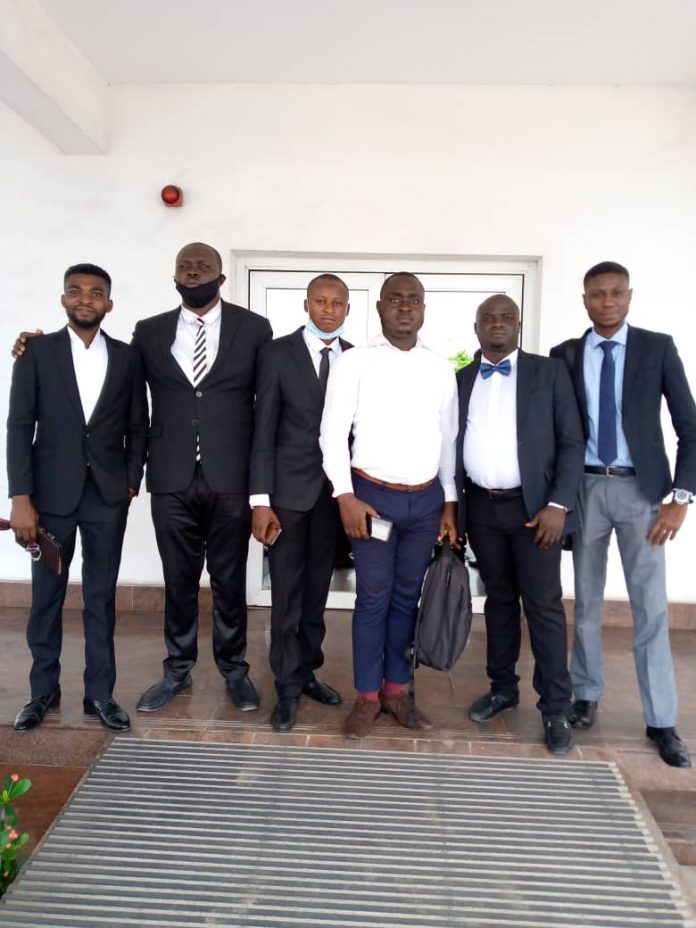 Some human rights groups have approached the Lagos State Judicial Panel of Inquiry and Restitution seeking the indictment of several Nigerian celebrities and international non-governmental organisations accused of inciting violence through fake news.

According to the groups, these Nigerians and NGOs must be punished for what it called gross misinformation which triggered the near-breakdown of law and order that accompanied the EndSARS protests, particularly in Lagos.

The Global Amnesty Watch (GAW) made this known on Monday in a memorandum to the Registrar, Lagos Judicial Panel of Inquiry and Restitution on the #ENDSARS protests and subsequent escalation of violence across the country.

In its submission, the groups reasoned that the kind of donations the protests garnered confirms vested interests propagated by celebrities to cause anarchy.

” The EndSARS protest across the country is assumed in many quarters to be without a leadership structure. While this position has been canvassed in numerous quarters, however, there seems to be a link with regards to the provision of logistic support to the protesters across the country. It is instructive to state that the EndSARS protest was funded from a well-concealed network that raised over N75 Million from donations from individuals in Nigerian and outside the shores of the country through a group called The Feminist Coalition,” the memorandum read in part.

“Distinguished Chairman and Members of the Panel, let it be stated here that Global Amnesty Watch agrees with the position of the government that indeed some vested interest used the EndSARS protests to advance a cause that would have led to anarchy in Nigeria. This is on the heels that the victims of the violence are both public and private concerns, as highlighted by the Lagos State Government”.

The GAW noted that the continuation of the protest despite the government’s sincerity further proves that there was a premeditated plot to wreak havoc.

“The Global Amnesty Watch views these initiatives by the government as laudable and with intent to see to the end of the peaceful protest by the youths. Consequently and given the steps taken by the government, the atmosphere for a peaceful resolution to the issues at stake were conducive and ought to have been embraced. Sadly, this was not the case as the protest continued until it was hijacked by thugs and hoodlums that went on a rampage destroying properties and committing other despicable acts that brought socio-economic activities to a halt in the country,” the 63-page document revealed.

“We state in unequivocal terms that the continuation of the protest that eventually led to the escalation of violence was indeed premeditated and most likely sponsored with the ultimate aim of causing anarchy in Nigeria. It is instructive to note that some group of individuals undermined the peace initiatives introduced by the government towards finding a lasting solution by the continuous instigation of youths through the social media platforms”.

The GAW fingered musician, Folarin Falana aka Falz, disc jockey, DJ Switch, Feminist Coalition, Burna Boy, Twitter founder Jack Dorsey and Nnamdi Kanu to be at the forefront of this campaign to destroy the nation with fake news.

On the involvement of the Nigerian Military, the groups said it was in the overall best interest of the nation which averted an imminent collapse.

The memorandum added, “the Nigerian Army managed the EndSARS protest that was fast leading into anarchy in the country. Global Amnesty Watch wishes to frantically reiterate that but for the intervention of the Nigerian Army, the country would have erupted in flames with the violence that was witnessed in Lagos and other parts of the country.

“It must also be stated that the involvement of the Nigerian Military in such operations are governed by extant laws with regards to the rules of engagement which expressly states that  no officer or soldier must be found aiding or abetting any act of arson, vandalism or unprofessional conduct coming from the citizens. Troops are rather duty-bound to intervene in any situation to avoid a breakdown in peace, stability or order of an area where they are deployed. The Global Amnesty Watch uses this opportunity to commend various acts of bravery and professionalism displayed by officers and soldiers of the Nigerian Army in the restoration of law and order in Lagos state as well as other parts of the country”.

According to GAW, the ability of troops to engage protesters in the most civil manner and without the use of force of any kind quelled the tension.

The groups expressed disappointment with the ongoing campaign of calumny against the troops by another set of celebrities led by Femi Falana, Genevieve Nnaji and Kemi Olulonyo.

In all, it absolved the military of any wrongdoing at Lekki toll gate, Lagos or anywhere in the country.