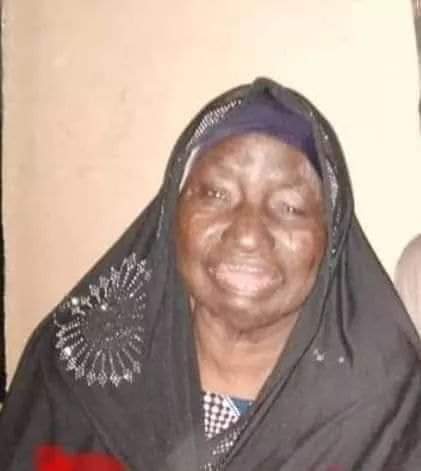 The death of the Buratai matriarch, is coming two years after the patriarch of the Buratai family, Alhaji Yusuf Buratai, a veteran of World War II, who joined the West African Army in 1942, passed on in February 2018.

The Buratai family having lost two strong pillars in the past two years must indeed be grieved by the irretrievability of the losses and the sad reality their absence portends.

The death of Mama Buratai, though painful has however reminded us of the deep sacrifices and forfeiture of personal comfort the Nigerian military in the bid to secure our lands and ensure the rest of us stay safe pass through.

For at the time that Mama passed on peacefully, her son, Lt. Gen. Buratai was in the trenches fighting what has become like a cancer in the body of the country, Boko Haram and ISWAP terrorism.

Buratai is currently in his native Borno State overseeing military operations to defeat terrorism and insurgency in Nigeria.

He has been engaging the Boko Haram and ISWAP terrorists that have since 2009 taken up arms against the Nigerian state and whose activities have resulted in the death of thousands including women and children, displaced and scattered many families and destroyed property and basic infrastructure including hospitals and schools that are too numerous to be quantified in a fierce battle.

Buratai, to effectively decapitate this scourge, has since March this year, relocated to the theaters of war and has been leading the battle from the front.

His presence at the battlefield had spruced up the courage of the fighting troops spiking up the number of wins being recorded at the Lake Chad region.

Within the first week of his relocation to the Northeast, over a hundred of the insurgents were brought down and subsequent military operations have also brought out better results with over 500 of the terrorists liquidated in less than two months.

It is to the credit of the Chief of Army Staff that the insurgents for the first time since they declared war on Nigeria and other neighbouring African countries, began to cry for mercy and to send signals that they are considering the act of surrender.

As Nigerians and other lovers of peace the world over cheered to this news, many forgot that the soldiers in the field, whom many have derided in the past, also have their lives to live and that they also are responsible family men like many of us and would have preferred they are with their families.

But the need to secure the country and make life meaningful for the citizenry and to facilitate development has trumped all other desires and wishes.

The death of the Buratai matriarch while her son was in the trenches, tells the story of our gallant soldiers.

Perhaps Mama wanted to draw our attention to the plight of the average military personnel on the battlefield and to remind us to keep them in our prayers, that was why she passed on as such an auspicious time.

Like the other mothers whose cries cannot be heard,  she has donated her son to the cause of serving humanity and motherland.

President Muhammadu Buhari acknowledged this much when he commiserated with the Chief of Army Staff over the death of his mother.

In a statement signed  by Garba Shehu, the Senior Special Assistant to the President on Media and Publicity,  the President prayed that the Almighty God will comfort Lt. Gen. Buratai, who he said has been at the epicenter of war against terrorists in North East, urging the family to find solace in Hajiya Hauwa’s good works.

He also prayed the Almighty God will receive the soul of the departed matriarch, who he said lived a pious, prayerful, and generous life.

Those who knew Mama  Buratai, described her as kind hearted and generous mother who assisted many.

“We remember your fond love, years of toil, endurance and perseverance while alive. Naturally, your affectionate love drained sorrows from the hearts of many; comforted the millions of wailing souls around you.

“We remember and will miss your comforting counsels in our moments of torments. Your sagacity transcended boundaries and brought comfort to the known and unknown. Mama, your translucent piousness, generous lifestyle and care would forever be etched on our memories,” said one of them in a glowing tribute.

Mama  Buratai was said to have been very supportive of her son and had even expressed optimism that her son would bring the insurgency in the country to an end.

This shows she has been a supportive mother who knowing the qualities she has imparted in her son, had the confidence to know where his capabilities could take him.

That she did not cringe and cry when her son was at the battlefield, must have been the secret to the confidence exuded by the Chief of Army Staff which had in turn rubbed off on the troops and had kept them going resulting in the current series of successes being recorded at the battlefield.

President Buhari, the Nigerian armed forces and indeed all Nigerians would miss your motherly support to the nation.

We can only hope that after all these years of standing as a pillar unto your son, your demise will not diminish the spark in him but would in respect to your loving memory, serve to urge him on to finally bring the battle against insurgency and terrorism in Nigeria to an end.

Rest in peace Mama as we pray that God grants you Jannatul Firdaus.