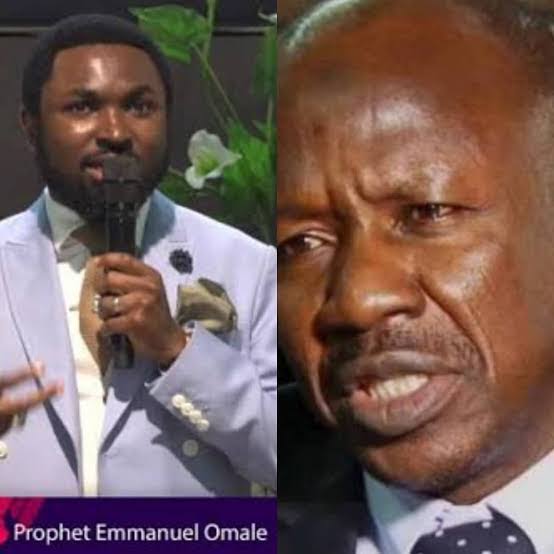 A group, Anti-Corruption and Integrity Forum has condemned the media attacks on Abuja based pastor of Divine Hand of God Prophetic Ministries International, Pastor Emmanuel Omale.

The forum described as blackmail the recent articles circulated over the media about the Abuja based pastor, saying it was an attempt to discredit the man of God for no apparent reason.

Pastor Omale, was reportedly linked to the embattled former acting chairman of the Economic and Financial Crimes Commission (EFCC) over a foreign property.

But in a statement signed Wednesday in Abuja by the chairman of the anti corruption forum, Comrade Prince Kpokpogri, said that Prophet Omale “is a pastor and a shepherd with flock of all shades and colours.

“Omale is a credible person and he is completely apolitical. Omale has no personal link with Ibrahim Magu other than a pastor to member relationship so, those allegations are baseless yet highly provoking.”

The statement added that the Nigerian Financial Intelligence Unit (NFIU) and the Presidential Committee on Audit of Recovered Assets (PCARA) have not released any statement suggesting that there is a link between Ibrahim Magu and Prophet Omale neither have they admitted that there is any of such relationship yet, the media went on a campaign of calumny.

“While it is normal for the media to scout for news to report, they shouldn’t condescend to the point of making speculations where there is no truth. Any news media seen circulating such falsehood should begin to question its integrity. Journalists must desist from spreading falsehood rather focus on the promotion of the ethics of this fine profession.

“As journalists have freedom of expression they should also understand that at this point they are violating Prophet Omale’s right and freedom to associate with anybody he sees fit. The constitution guarantees everyone freedom of association. It doesn’t matter if the person is a Muslim, a Christian, he reiterated.”