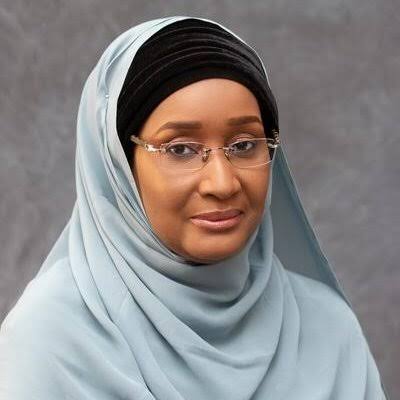 No fewer than 300,000 beneficiaries of the N-Power scheme across the country have disassociated theirselves from an alleged protest over the winding down of the Batch A and B streams.

The group, under the aegis of N-Power Nationwide Beneficiary’s Forum said the persons were “sponsored” by political detractors to dent the progress recorded under the Minister of Humanitarian Affairs, Disaster Management and Social Development, Hajiya Sadiya Farouq.

In a statement signed by its Secretary-General, Ambassador Godswill Ibekwe, on Saturday, the N-Power beneficiaries disclosed that these “selfish” persons were never at any point its members, expressing gratitude to the president for the “opportunity to benefit immensely from the scheme”.

Ambassador Ibekwe added that genuine beneficiaries have welcomed the launch of the Batch C as it would avail same opportunity to other young Nigerians to learn a skill as well as earn stipends.

While declaring maximum support for President Muhammadu Buhari and Hajiya Farouq, the group vowed that in due course its members and prospective Batch C beneficiaries would show their appreciation for the privilege.

The group, however, pleaded that the scheme be expanded to accomodate more  Nigerian youths.

The Nationwide N-Power beneficiary’s Forum wishes to express its total displeasure by the actions of a sponsored group protesting against the Honorable Minister of Humanitarian Affairs, Disaster Management and Social Development for winding down of the Batch A and B stream and  the introduction of the Batch C stream of the N-Power scheme.

We wish to state that the sponsored protest aimed at embarrassing the honourable minister is the handiwork of some disgruntled people that do not want the progress of the country through the instrument of the N-Power Youth Intervention initiative.

That the protest is centred around the implementation of the Batch C Stream is a sad tale in the annals of the country given the fact that some individuals and organizations did not take into cognizance the fact that the N-Power scheme is not a permanent job, but a skills acquisition initiative for the transfer of skills to the teeming youths in the country with which they can use to better their lives under 12 months.

It is sufficing to add that the deactivated Batch A and B stream spent two years as against the 12 months stipulated period and in so doing deprived other youths in the country the benefit of participating in the scheme.

This much we have stated in numerous forums expressing our gratitude to the administration of President Muhammmadu Buhari for availing us the opportunity to benefit immensely from the N-Power Initiative.

We have also stated that the introduction of Batch C Stream that has witnessed an enormous subscription is an indication of the absolute confidence the teeming youths in the country have in the N-Power scheme under the able supervision of the Honorable Minister of Humanitarian Affairs, Disaster Management and Social Development.

The Nationwide N-Power Beneficiaries Forum condemns the actions of those ungrateful individuals that have displayed a despicable level    ingratitude and selfishness. We are consequently compelled to believe that the street protest might have been sponsored by political detractors who are out to cause embarrassment to the Honorable Minister for Humanitarian Affairs, Disaster Management and Social Development for her initiative to expand and give other teeming youths in the country the opportunity to participate in the N-Power Scheme.

The Nationwide N-Power Beneficiaries Forum wishes to express its wholehearted support to President Muhammadu Buhari and the Honorable Minister of Humanitarian Affairs, Disaster Management and Social Development for their unalloyed efforts and commitment in the affairs of youths in the country.

We consequently wish to inform members of the general public that the Nationwide N-Power beneficiaries and the intending beneficiaries of the Batch C stream would be coming out en-mass to show their total appreciation and gratitude to President Muhammadu Buhari.

The Nationwide N-Power Beneficiaries Forum as a result of this declare its total support for the commencement of the Batch C Stream which would go a long way in expanding the scheme to allow more Nigerian youths to be a part of the laudable initiative.