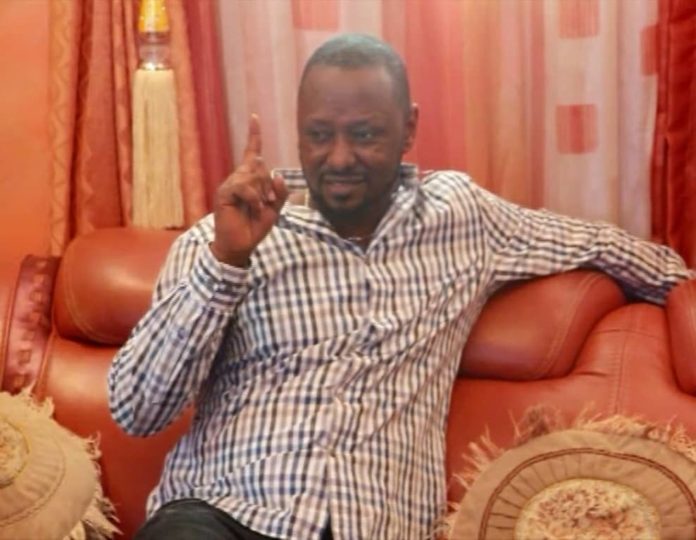 …Says commission not for politicians, looters

The ACIF chairman, however, called for due diligence from the two inaugurated committees for contract documentation and project assessment to ensure thorough verification and inspection of all awarded projects in the Niger Delta region.

Speaking with newsmen on Saturday in Abuja, Kpokpogri expressed shock and dissatisfaction over the findings of the verification exercise instituted as a prelude to the forensic audit ordered by President Muhammadu Buhari, where it was discovered that some award letters were found to be fake; some of the companies were not registered with the Corporate Affairs Commission (CAC), while some firms were registered after they had been given contracts.

Kpokpogri called for the authentication of all the documents submitted by contractors and consultants, adding that the newly inaugurated committees should visit various sites of the acclaimed projects to verify contractors’ claims.

According to him, considering the trillions of Naira pumped into the Niger Delta region, it was disheartening that the developmental pace of the region was still insignificant.

“Unions of Community Development Committees in the Niger Delta should rise to focus and monitor their projects. Nobody should be distracted by politicians and looters whose children are schooling and luxuriating overseas at the expense of our commonwealth. Every kobo must be accounted for. No contractor should ask for one kobo payment if they don’t complete their projects. We must protect our region.

“The NDDC has become a conduit pipe for contractors and cabals. The north is fast developing owing to their dedication to the policy thrust of their development commission. Stakeholders in the Niger Delta region must stand to emulate that. We must frown at duplication of projects.

“I commend President Muhammadu Buhari for his stand on anti-corruption. Governors in the South-south must stand against the pillage of their resources by corrupt elements. All Niger Deltans must rise to protect their development. We will not, as an anti-corruption forum, watch, but will employ every available avenue to prosecute contractors and Niger Delta stakeholders found wanting in this anomaly.” Kpokpogri stressed.

He also commended the NDDC acting MD for bringing the Nigeria Financial Intelligence Unit (NFIU), a wing of the Economic and Financial Crimes Commission (EFCC) into the audit process, a move he described as one in the right direction.

He pplauded the National Assembly and the Presidency for their commitment to the liberation struggle, urging the MD, Nunieh, not to be deterred by some people he described as “traducers” making moves to tarnish her reputation through certificate forgery allegation which Kpokpogri described as “unfounded.”