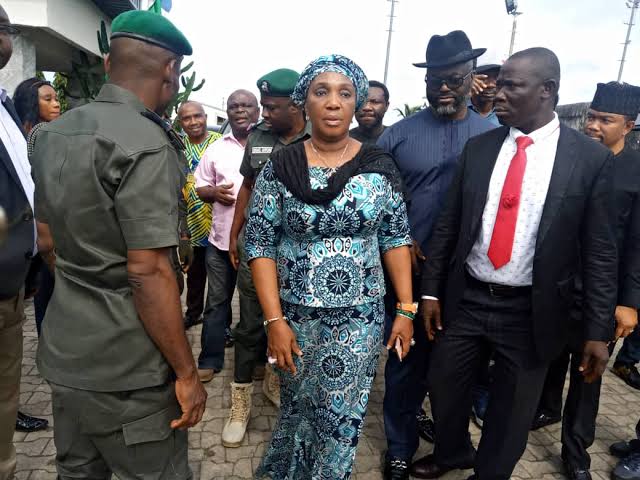 There is a new campaign in town, and it is hinged on bringing down a high profile target at all costs. The strategy is that if the target is not brought down, there would indeed be trouble, and the consequences might be severe.

I have watched closely as the events are unfolding, and I dare say that this campaign, if successful, would be a great disservice to the deprived people of the Niger-Delta region. And if unsuccessful, it would be a great victory for the people of the Niger-Delta region as a first and to Nigerians. But I am optimistic that this time around, the plot will fail because of the level of awareness in the polity that would defeat mischief. Nigerians are now wiser.

This is indeed an interesting story in the operations of the Niger-Delta Development Commission (NDDC) that was established since 2000 with the mission of facilitating the rapid, even, and sustainable development of the Niger-Delta into a region that is economically prosperous, socially stable, ecologically regenerative and politically peaceful. Quite a laudable objective. But the irony is that over the years, these objectives have been implemented upside down.

I dare say the problem of the Niger-Delta region is localized. I say this for the fact that with the revelation coming out from the operations of the agency, one would be tempted to state that the principal actors would go any length to ensure that they cover their tracks, not minding whose ox is gored.

This brings me to the vicious campaign launched against the person of the head of the interim management committee of the Niger-Delta Development Commission, Dr. Yimebe Joy Nunieh, for daring the cartel that once held the NDDC to the jugular. She has dared their gods to ask questions on accountability and transparency in the operations of the commission.

To put in simple terms, I must add that I saw this coming, especially when the presidency decided to undertake a forensic audit of the operations of the commission. I knew heads would roll, and the consequences would be too much for some of them who have carried on like apostles for the emancipation of the Niger-Delta people, while in truth, they are the ones behind the deprivation of the people in the region.

As a first, I salute the courage of Dr. Yimebe Joy Nunieh for making herself available for this daunting task that many men will take to their heels if given to execute. I salute her for taking this bold step in cleaning the Augean stable in the Niger-Delta Development Commission, for it takes an enviable level of courage to be able to do such in an environment where hawks manifest in traditional rulers, community leaders, political leaders as well as youths have all been slicing the cow with sharp and in some instances double-edged swords.

If this is not the case, how would one possibly explain a situation where a monthly payment of N1 billion is made to a consultant that collects money from international oil companies (IOCs), on its behalf. How can an individual have 87 companies waiting for payment? What about a situation where a sitting senator from the region is handling 300 of the commissions’ projects and 120 of the contracts fully paid for? What about the fact that the NDDC owes contractors to the tune of N3 trillion?

Wonders shall indeed never end. You will agree with me that with all of these revelations, we should not expect that these individuals would not seek the head of the interim management committee chairperson of the commission and, if possible, see to the fact that she is ousted from office by all means necessary.

One thing stands sure, which is the fact that with Dr. Yimebe Joy Nunieh as the head of the NDDC, heads would indeed roll, and sanity would return to the commission. What is also certain is the fact that these folks would castigate, intimidate, blackmail and slander her person to cover their tracks. And the recent news making the rounds as regards her not been qualified to lead the agency is one of such examples.

Make no mistakes; this is just the tip of the iceberg because the country would be awash with more mischievous slander against her person all in an attempt to make her lose focus and backtrack on some of the actions that she has embarked on in an attempt to clean up the mess in the agency.

In my opinion, those calling for her sack for failing to possess the National Youth Service Corps (NYSC) discharge certificate are the most ignorant set of people I have come across because what they are alleging is not true, but a figment of the imagination. This is aside from the fact that every discerning mind knows that the campaign is not a credible one, but one borne out of malicious intent aimed at defaming her character.

I dare say that they have failed in this attempt this time around because the forensic audit would go on, and those that have stolen from the commonwealth of the people would be made to atone for their sins. This much I know and this much I believe because as it stands, it is no longer business as usual since Dr. Yimebe Joy Nunieh came on board as the acting Managing Director of the NDDC.
I salute her courage and encourage her not to be distracted by the antics of the desperate ones whose hands have been soiled with their nefarious activities. If I am not sure of anything, one thing I am sure of is the fact that this campaign of calumny against this apostle of transparency at the NDDC shall indeed fail.

Onmeje wrote this piece from the United Kingdom