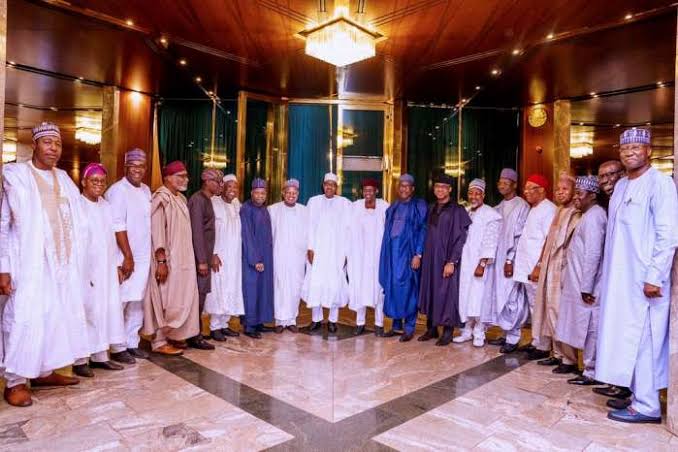 The Deputy National Publicity Secretrary of the All Progressives Congress (APC) Yekini Nabena, has called for an emergency meeting of the National Executive Committee (NEC) of the All Progressives Congress (APC) to be convened by President Muhammadu Buhari to address the leadership crisis rocking the party and deliberate on consolidating the APC’s control of Edo and Ondo States ahead of the forthcoming governorship elections.

“The APC is clearly at a tipping point,” Nabena told newsmen on Saturday in Abuja.

The APC deputy spokesman also accused Victor Giadom who is claiming the chairmanship of the APC of acting the script of his sponsors and fifth columnists.

“Atleast four people are laying claim to the chairmanship of the APC following the court-ordered suspension of Comrade Adams Oshiomhole. All manner of Court cases and orders are flying around contesting party decisions and National Working Committee positions. Factions are festering at the national level and many states. The APC is clearly at a tipping point.

“The several court cases and orders over the national leadership of the party has put the party in a standstill and is a legal threat to forthcoming elections in Edo and Ondo States. President Muhammadu Buhari is the leader of the party and it has become imperative for him to convene an emergency meeting of the National Executive Committee to find solutions to the crisis and chart a way forward.” Nabena stated.

While responding to the claim by Victor Giadim to the position of acting National Chairman, the Bayelsa born APC chieftain said: “Not too long ago, Victor Giadom claimed the position of the National Secretary now he is claiming the chairmanship. It is unfortunate that Victor Giadom is being used as a destabilizing agent by fifth columnists. On what ground is Victor Giadom claiming chairmanship of the Party when he long ceased to be a member of the National Working Committee following his resignation to contest as the Rivers State Deputy Governorship candidate in the 2019 elections. Whatever waiver Victor Giadom is brandishing cannot stand as the Constitution and INEC guidelines require resignation from public office to contest general elections, which Victor Giadom did by resigning as Deputy National Secretary.

“The same Victor Giadom and his sponsors are already engaging in anti-party activities through their continued support of Governor Godwin Obaseki despite formerly joining the Peoples Democratic Party to contest the Edo State Governorship election.

“The National Judicial Council should investigate boasts by sponsors of Victor Giadom, a minister and north central governor that they are in control of the Court of Appeal and are already using it to further their selfish interest and sabotage the APC.

“As I have always said, personal interest must never override Party interest. The APC is nobody’s personal property. I call on our dear President to accede to the request by majority of well-meaning party members and leaders and convene an emergency NEC meeting to address the leadership crisis and deliberate on consolidating the APC’s control of Edo and Ondo States ahead of the forthcoming governorship elections.” Nabena said.