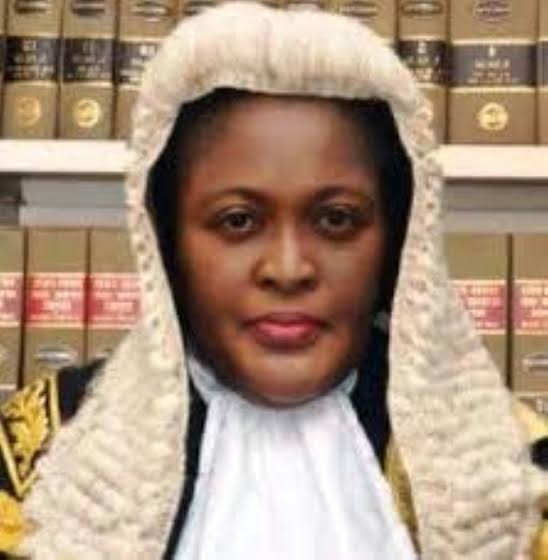 The All Progressives Congress (APC) has exonerated itself from Tuesday’s protest at the Abuja residence of Mary Odili, a justice of the Supreme Court, even as the ruling party accused the Rivers State governor, Nyesom Wike and the Peoples Democratic Party (PDP) as the sponsors.

The APC’s Deputy National Publicity Secretary Mr. Yekini Nabena told newsmen in Abuja on Wednesday that the public should not be hoodwinked by the PDP.

The Bayelsa-born APC chieftain while cautioning the general public against what he described as PDP’s antics said the opposition party sponsored protesters who identified themselves as “APC supporters” was a smokescreen to portray the APC Governorship candidate, Chief David Lyon and his APC supporters in bad light.

He also called on the judiciary to ignore the PDP’s antics and always side with the will of the people and rule of law in all matters.

According to Nabena, in recent time PDP is used to protesting from one Embassy to another just to blackmail the Judiciary.

“Nobody should be fooled by the usual antics of the PDP. Resort to extra-judicial tactics such as maligning the Judiciary and its officials is the PDP’s stock-in-trade. The same hired urchins the PDP Chairman, Uche Secondus has used for his senseless protests to the embassies of the UK, US and the European Union were used for Tuesday’s protests at Justice Odili’s residence.

“The Rivers State Governor, Nyesom Wike aside being the main financier of the PDP must explain his inexplicable interest in the Governorship of Bayelsa state. The people of Rivers state must begin to ask their governor how and what he uses their money for.

“The APC National leadership is already pursuing all legal avenues to contest the decision of the Independent National Electoral Commission (INEC) to declare Duoye Diri as Bayelsa Governor, having failed to meet the mandatory constitutional requirement to become the governor.

“Also, our leaders have already told our supporters to avoid violent confrontations while legal avenues are sort to review INEC’s unconstitutional decision. Our people have listened and are confident our judicial system will ensure that the people’s will and justice is done.” Nabena said.