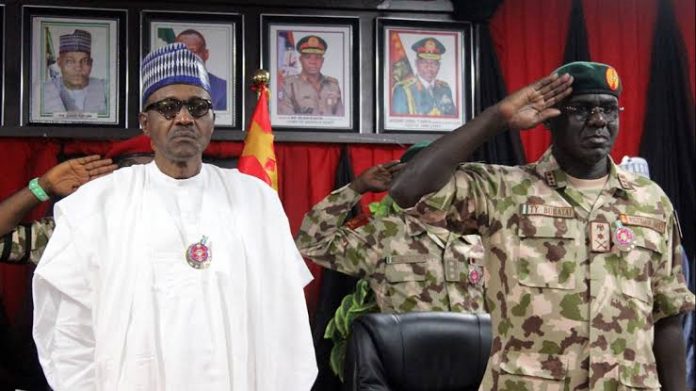 A former commissioner of police, Lagos State, Alhaji Abubakar Tsav has described the five years of President Muhammadu Buhari in the saddle of leadership in Nigeria as phenomenal in the annals of the country with regards to the prosecution of the war against terrorism.
Abubakar Tsav stated this in an exclusive interview he granted on the state of the nation recently. According to him, President Muhammadu Buhari came on board at a time when the country was grappling with myriads of challenges, and despite all of that he was able to stir the ship of Nigeria out of turbulence.
“For those who know me know that I am very objective when it comes to issues of national interest. What was happening in Nigeria before Buhari came on board was not a joke. We were on the verge. But he was able to stabilize the polity and Nigeria is better off today. This is indeed phenomenal, and I must extend my utmost commendation to him.”
He also stated that what assisted the Muhammadu Buhari administration in the past five years was his commitment to the war against Boko Haram terrorism and other acts of economic sabotage that became the order of the day in previous administrations.
“President Muhammadu Buhari is a man of unquestionable integrity, and this has been the hallmark of his administration. I think its common sense for all those in his team to understand the body language of their principal and this is what we need in this country as we march forward.”
“This administration has carried out a near-impossible task in just five years, which is a rare feat that would make other world leaders green with envy. Virtually all sectors of the economy have been affected positively, and this is what you get when you have a leader that is upright and committed to the Nigerian cause.”
When asked about the commitment of the government in the fight against terrorism and other militant groups in the country, Abubakar Tsav stated that the hallmark of the Buhari government is the feat recorded by the Nigerian Army in turning the tide against the Boko Haram terrorist group.
“The Nigerian Army has been excellent since the coming of President Muhammadu Buhari. One of the first pointers that he meant well was the composition of the Service Chiefs. Mind you I am of that constituency, and when I saw the caliber of those appointed, I was convinced that it was just a matter of time before we turn the tides against those insurgents.”
“So I was not surprised that in less than a year, the insurgents were dislodged from their operational headquarters in Sambisa forest, and all the local government areas that were under their control were recaptured.”
“Make no mistakes; this is a rare feat for those of us that understand asymmetric warfare and in terrain like North-East Nigeria. The Nigerian Military indeed rose to the occasion, and they must be commended regardless of the propaganda campaign against it by some unscrupulous elements.”
He further averred that the Nigerian Military has rapidly transformed into a professional force that abides by the rules of engagement in the prosecution of the war against terrorism in Nigeria.
“There is something called professionalism. This is the perfect description of the Nigerian Military of today. When I hear things like Directorate of Army-Civil relations I marvel. Also looking at the creation of Human rights desk in the Nigerian Army is novel in the security architecture in Nigeria.”
“Sorry to say this, during our years, there was never going to be a mention of such, let alone talk about the establishment. But here we have a military that is responsive and as well committed to the preservation of human rights in its operations. This is very commendable.”
Abubakar Tsav also commended the Chief of Army Staff, Lt. Gen. Tukur Buratai for repositioning and leading the Nigerian Army in the battle against the Boko Haram insurgent group.
“I salute the doggedness of the Chief of Army Staff, Buratai. He is such a brilliant officer who understands what it means to be a leader. He has indeed led by worthy examples, and I am sure that posterity would be kind to him for his numerous sacrifices in the war against terrorism in Nigeria.”
He advised that the government should be alert to the possibility of the resurgence of the Boko Haram group due to external support it receives.
“The government must be careful not to celebrate too early because terrorism is dynamic and also with the fact that the Boko Haram group has assumed a regional dimension and that is to say there are eternal sources that support its operations. We must be careful in this regards and continue to monitor things closely.”