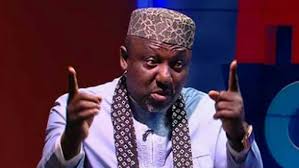 Former Governor of Imo State, Senator Rochas Okorocha, has denied an allegation by Ahmed Gulak accusing him of offering  him a $2m bribe when he visited the state in 2018 to organise the controversial All Progressives Congress governorship primary.

The former Governor Okorocha in a statement by his media aide, Sam Onwuemeodo, on Monday, said the accusation by Gulak one year after the controversial primary took place showed that the former presidential aide was “shameless.”

The  statement  stated that, “This same Ahmed Gulak had claimed at a press conference in Abuja on Tuesday, October 2, 2018, that he absconded from his Room 701 at Rockview Hotel, Owerri by 4 am that day because, agents of the former governor had wanted to kidnap him.

“And now Gulak waited till more than a year after the ugly incident to come up with his fictitious claim of a $2m bribe, after he had claimed that he fled Owerri over a kidnap attempt.

“The truth is that Alhaji Gulak was sent to Owerri to ensure the destruction of the APC in Imo and, by extension, in the South-East.”