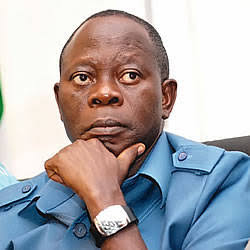 With the worsening crisis that has engulfed the All Progressives Congress (APC), Mr. Yekini Nabena, the Party’s Deputy National Publicity Secretary has called on warring groups to consider the Party’s general interest as opposed to the personal political interests being pursued by some.

Nabena spoke to newsmen in Abuja.

The APC Chieftain said: “Let no one think he or she has a greater stake or interest in the APC. At our different levels we have toiled and made contributions towards the sustainance and growth of the governing APC that many party men and women have used as a political platform for election and appointment. The APC is nobody’s personal property.

“I call on President Muhammadu Buhari as the leader of the party, the National Assembly leadership and well-meaning members of the caucus to urgently wade into the crisis and restore order to the party. We are progressives and our leaders have a duty to provide counsel and leadership so that we dont go the way of the failed Peoples Democratic Party (PDP).

“The APC has serious business to deal with particularly, contestations in some state chapters, rancorous primaries, preparation for governorship elections in Ondo and Edo States and troubleshooting the circumstances surrounding our electoral and legal losses, particularly in Zamfara, Rivers, Adamawa and Bayelsa states.

“2023 is not as far as we assume. As the president noted during our last NEC meeting it would be shameful if APC collapsed after his tenure and history would not forgive anyone who tried to aid the collapse the party. The time to act is now.”

The leadership crisis has resulted in the factionalisation of the Party’s National Working Committee (NWC) with a group convening an emergency National Executive Committee (NEC) meeting scheduled for Tuesday March 17 and the other group declaring the meeting illegal. In the meantime, the Party’s National Secretariat has been sealed with a security cordone in place following a high court ruling over the purported suspension of the APC National Chairman, Comrade Adams Oshiomhole.